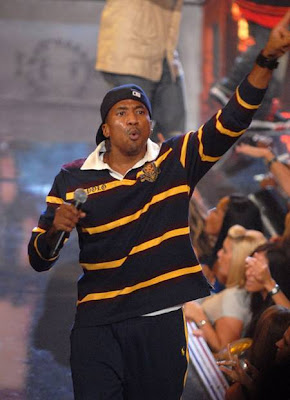 According to Billboard, he nine-track album will feature live instrumentation, scratching and samples, much in the vein of A Tribe Called Quest.

The album’s possible opener is a track called “Shaka,” which features an excerpt of a speech by presidential candidate Barack Obama over guitar strumming. The track is not yet official, as the sound byte has yet to be cleared.

“I start the album off with the Obama speech not just because I’m African-American, but because I really feel like he’s a fresh new voice and alternative from what we’ve seen in the political scene in some time,” said Q-Tip earlier this year. “I see similarities in his way of thinking and my way. I really like him a lot.”

Also featured on the album is the piano-based lead single, “Getting Up,” the Raphael Saadiq-featured “Fight/Love,” which is about a girl in a difficult relationship and a man fighting in Iraq, and “Life Is Better” featuring Norah Jones, which has Q-Tip paying tribute to all of this favorite rappers, including Biz Markie, LL Cool J, Leaders of The New School, Snoop Dogg, Eazy-E, Bone Thugs-N-Harmony, Brand Nubian and Pimp C.

Other tracks on the album include the 60’s-inpired “Won’t Trade,” “ManWomanBoogie” with Amanda Diva, and “Believe” featuring D’Angelo.

Currently, Q-Tip is on tour with his group A Tribe Called Quest for this summer’s Rock the Bells tour.