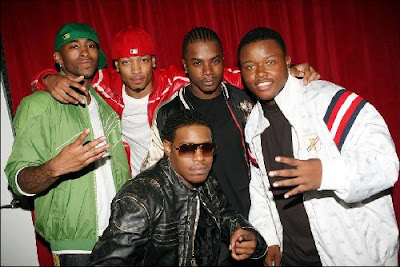 Making The Band 4 members has reportedly chosen a name for the group. Brian Andrews, Mike McCluney, Qwanell Mosley, Robert Curry, and Willie Taylor announced on Power 99 that the will go by the name “Day 26.”

The group, who is compared to multi-platinum bands like New Edition, *NSYNC, and 112, is currently working on there debut album, set to drop March 11th. Reports have it that the group chose day 26 as their brand name because the band was made on the 26th of August.

“Got Me Going,” is the second single from the band, which was produced by Mario Winans, a longtime Bad Boy family member.

What a dumb ass name if you ask me. Hopefully Diddy will intervene and tell them to change their name.