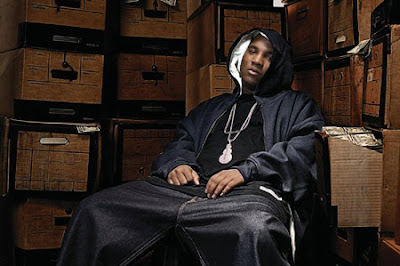 Jeezy has not been charged with a crime in relation to the allegation. When asked whether there is an open investigation into the rapper, Justice Department spokesman Patrick Crosby said he had no comment.

Scott Leemon, the New York-based lawyer who represented Jeezy on weapons charges out of Miami in 2006, told CL “obviously, I am not going to comment on anything. I will look into it.”

The allegation was raised in U.S. District Court in Atlanta this week by a BMF member named Ralph “Ralphie” Simms. Simms was indicted last year in a related federal drug case in L.A. He told the jury that in exchange for his truthful testimony in the case against Daniels, he hoped to receive a reduced sentence.

Simms testified that his job was to unload BMF’s cocaine from limos outfitted with secret compartments. He said he piled as many as 100 “bricks” of cocaine at a time inside the basement of one of BMF’s stash houses, an ultra-modern Buckhead mansion nicknamed “Space Mountain.” And he said that on one occasion, in the fall of 2004, he was ordered by high-ranking BMF members Chad “J-Bo” Brown and Martez “Tito” Byrth to set aside multi-kilo cocaine “shipments” for two customers. Simms said the customers picked up the coke from him at Space Mountain.

Jeezy’s name cropped up several times in the first two days of testimony, but only in relation to his well-publicized friendship with BMF’s Atlanta-based leader, Demetrius “Big Meech” Flenory. In November, Flenory pleaded guilty in Detroit to running a continuing criminal enterprise. He faces a minimum sentence of 20 years.

BMF is believed to have employed 500 people across the country in its $270 million cocaine ring — nearly 150 of whom have been indicted in seven states. According to testimony in Daniels’ trial this week, BMF only dealt in multiple kilos of cocaine, which were distributed to other cocaine dealers.

Daniels, who was described during testimony as BMF’s third-in-command under Flenory, was indicted along with 15 co-defendants last year in Atlanta. (Daniels also faces a murder charge in Fulton County Superior Court.) He is the only local defendant to go to trial on the federal charges. Nine of his co-defendants, including the rapper Barima “Bleu DaVinci” McKnight, pleaded guilty over the past two weeks. Another four are fugitives.

Jury deliberations in the case against Daniels began today.