After a long hiatus, J. Cole is ready to make his triumphant return to the stage. Cole has been building up his Dreamville roster over the past year and will be embarking on his 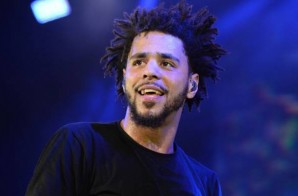 Another platinum album with zero features? No problem when you’re name is J. Cole. The NC rapper’s new album, “4 Your Eyez Only” is projected to sell over 550K in its first week alone. J. Cole is living proof that a Hip Hop album can go platinum without any features. And glancing at the tracklist for his new album, “4 Your Eyez Only,” could he do it again? J Cole Set To Release “4 Your Eyez Only” Album Next Week!

Just when you thought 2016 couldn’t get any better, Jermaine Cole comes out of the shadows to announce he will be dropping his a new album next week. The project is called, 4 Your Eyez