Sean Kingston Still On The Move 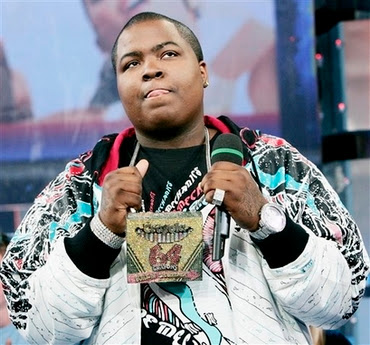 Discovered on the popular social networking site, MySpace, 17-year-old artist, Sean Kingston, has become a force to be reckoned with since his debut, self-titled album launched on July 31, 2007 on Epic Records.

In a mere five months, Kingston has accrued more than 7 million worldwide sales of ringtones, ringbacks, singles and albums in physical and digital sales for songs including his #1 smash hit in 21 countries “Beautiful Girls,” his second top ten single “Me Love” and soon to be top ten third single “Take You There,” which is fast ascending the charts. It was even number 3 on 106 and Park yesterday.

Additionally, Sean is featured on Natasha Bedingfield’s latest hit “Love Like This.”

To date, Kingston continues to command the digital world with more than 2.7 million digital singles sold. Both ringtones and ringbacks are being scooped up by today’s tastemakers with more than 2.7 million mobile digital sales to date. This is only the beginning, as Kingston is now wrapping up a national tour with Grammy-nominated Chris Brown, following a national tour with Gwen Stefani. Beginning in March, Sean will kick off an international tour performing throughout Europe, Australia and Asia through the end of spring.

To top an already exciting week, it was announced Monday that Kingston has been nominated in the “Outstanding New Artist” category for the 39th NAACP Image Awards that will air live on Thursday, February 14 (8:00 – 10:00 PM ET/PT Tape-Delayed) on FOX.

Sean Kingston is not just a new face in popular music; he’s accomplished the rare task of creating a new genre where rap, reggae, pop, doo-wop and remarkable songwriting all combine into something unique. Add in Sean’s family roots, which cite Jamaican legendary producer Jack Ruby as his grandfather, and you have one of the most exciting debuts in 2007.

“He had a real distinct sound,” J.R. Rotem, Executive Producer of Kingston’s album, remembers. “I worked with some of the best and I don’t see why Sean can’t grow to be one of them. His potential is limitless.” Shortly after their initial meeting, Rotem had his flagship artist for label Beluga Heights, which partnered with Epic Records for the Sean’s debut.