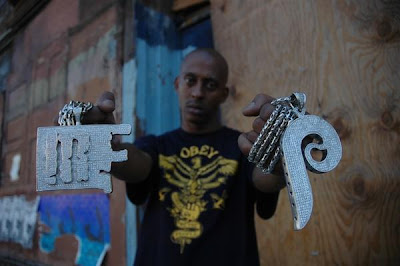 Gille Da Kid’s ’08 luck must be in high gear. After being pegged as the ringleader of a multi-million dollar drug operation in February of 2007, the Philadelphia MC has had all charges against him dropped.

Early last year, police found 89 pounds of marijuana worth $400,000 and arrested six people after two FBI agents canvassing a neighborhood for an earlier cocaine case got a tip leading them two nearby homes. The Ringleader of the operation was identified as Gillie Da Kid.

Gillie was charged with conspiracy and possessing narcotics with intent to deliver.

All charges have now been dropped.

The good news for “GDK” doesn’t stop there however, the rapper has also inked a deal to bring his Figgas 4 Life Entertainment to Koch records.

His forthcoming CD, Get It How You Live It, will be hitting stores later this year.