Love Does Cost A Thing 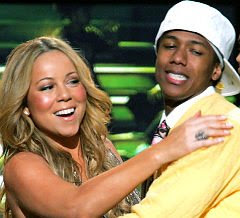 After a lot of doubting, it has been confirmed that Nick Cannon exchanged vows with Mariah Carey in the Bahamas last week. But while Cannon may be touching Mimi’s body, he’ll have to keep his hands out of her pockets.

According to Perez Hilton the singer, who was escorted down the aisle by her cousin Shawn McDonald, is said to have told a friend of the marriage, “Anyone who thinks we didn’t have a prenup is smoking something!” Anybody whose seen her closet knows Mariah has been clocking some serious dollars, so it’s definitely in her best interest to protect her earnings in the event of a divorce.