Papoose Accused Of Trying To Break Remy Out Of Prison 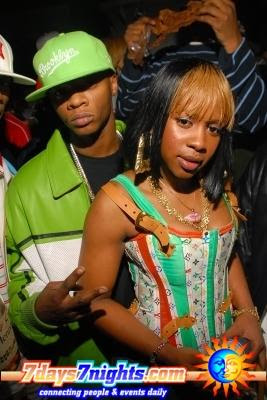 According to the New York Daily News, rapper Papoose attempted to break future wife Remy Ma out of prison with a small key.

“A wedding was scheduled today and a visitor to that wedding service was found to be in possession of jail contraband so the wedding was canceled,” said a correction officer from Rikers Island.

“The key that was found today easily opened handcuffs that we and other law enforcement officials use,” the official said.

Miss Info clarified certain details about this situation on her site, explaining that Papoose had with him an old skeleton key that he had on his keychain for a long time – which he visited Rikers on numerous occasions with, never having a problem.

According to Miss Info, Papoose subsequently gave up the keys once he was informed he could not enter with them. As the rapper was about to get onto the bus to visit Remy, along with Remy Ma’s mother and three unidentified guests, he was thrown into a jail cell, and later taken to the warden.

At that point, Papoose was accused of trying to break Remy out of prison with the skeleton key.

Papoose was not charged, but cannot visit the prison for six months.

Remy Ma is due to be sentenced today for the shooting of former friend Makeda Barnes-Joseph. She faces up to 25 years.

Remy Ma Freestyles About Her Grammy Nominatons On Hot 97