Suge Knight Not Allowed In Compton 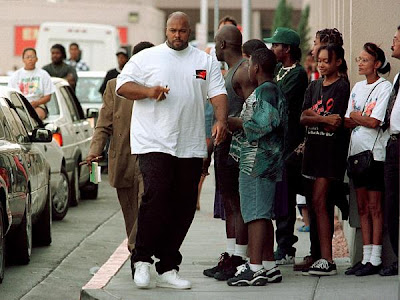 City officials asked a judge to ban members of the Mob Piru street gang from being able to congregate in a neighborhood of Compton – and asked that the order include Marion “Suge” Knight.

The co-founder of Death Row Records was one of 200 people the officials said were members of Mob Piru. The injunction would ban them from congregating, carrying guns, drinking alcohol in public or staying out past 10 p.m.

“This is crazy,” Knight told the Los Angeles Times in Thursday’s editions. “I’m a 42-year-old businessman, not a gang member. I don’t even live in Compton anymore.”

A hearing on the matter was to be held Thursday.

Although such injunctions are a common anti-gang tactic in southern California, this is the first time one has been sought in Compton, a city less than 10 miles south of downtown Los Angeles that announced a gang crackdown two years ago.

Mob Piru members have gained notoriety for their alleged links to Knight and Death Row, once home to artists such as Tupac Shakur and Snoop Dogg.