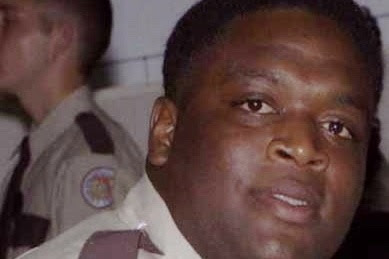 Department of Corrections (DoC) records show that Ross, whose raps detail the Miami gangster lifestyle and his supposed days trafficking cocaine, did, in fact, work as a correctional officer for 18 months. Ross (real name: William Leonard Roberts) was appointed a prison guard in December 1995 at a salary of $22,913.54, according to the below personnel record, which was provided to TSG by Jo Ellyn Rackleff, a DoC spokesperson. The rapper’s social security number is identical to that of the jail guard. According to the official document, Ross was earning $25,794.34 when he left the department in June 1997.

Cornell Dews gives his opinion on the matter below:

What the fuck is wrong with us? A hip hop community is arguing whether or not an artist was once employed as a correctional officer. I’m certain this is an effort to refute his street claims and credibility. So after the pictures and negatives have been carefully scrutinized and it’s discovered that the photos are legitimate, we’re no longer supposed to enjoy his music? Oh I forgot, there’s an unwritten rule in hip hop that boldly states “if an artist uses the art form to fabricate tales by use of his imagination, death by sales is his immediate doom and to be ostracized from the hip hop community is peril.”

Has the COINTEL PRO infiltrated hip hop? I swear we’re working on some counter intelligence shit. As a community we’re thinking the wrong way; contrary to the right course; in the reverse or opposite direction, which is by definition counter intelligence. Check this out. We’re mad if you “lied” about knowing Noriega and the claim that he owes you a hundred favors. But we applaud if you do know Noriega from (we’re assuming) past dealings which meant that you was involved in drug trafficking that helped lead to the destruction of the same community from which we come. We’re mad if you “lied” about the money you made on the streets and the “bodies” you caught in the process, when in actuality you graduated high school and attended a historically black college on an athletic scholarship. Which we can derive meant you were a decent student athlete. We’re mad if you “lied” about going to prison, when instead you worked at one. Can’t yall see that we’re mad about the wrong shit?

I don’t care if William Roberts was a correctional officer. As a matter of fact, I’d prefer that he was a correctional officer instead of the drug trafficking would be murderer that’s illustrated in his lyrics. Can you imagine if our young people who aspire to live the life that’s portrayed by these artists knew their actual road to success? It’s obvious that they’re willing to follow these superstar leads, but unfortunately they’re being misled. Hip hop is such a strong influence that I’d bet if the artist spoke more from the heart on some “keeping it real” shit that it could help positively influence change in the urban community. And when I say “keeping it real” I’m speaking about some shit that they have really done, like graduate high school, get accepted into colleges, interned at record labels, or held side jobs outside of the industry as they pursued their dreams. True, some artist have lived the “gangster” lifestyle, but honestly what has talking about it ever done for our community? Some will argue that they have shined a light on the ills that negatively affect our community to the world. This is true, but then I ask, what social programs can be attributed to these artists from shining the light on societal ills that so negatively affect the urban community? According to Wikipedia, gangsta rappers often defend themselves by claiming that they are describing the reality of inner-city life, and that they are only adopting a character, like an actor playing a role, which behaves in ways that they may not necessarily endorse. However, with that being said, as soon as someone question their authenticity based on their own lyrics and call them actors, they’re ready to kill something. But when they’re asked to be held accountable for their lyrics they’re back to being thespians. Stop playing all of the time!

Listen kinfolks, these dudes are just rapping to make some change. Unfortunately, the change I’m referencing is monetary and not social. I’m quite sure that we would all be surprised to know what many of our “gangster” rappers did prior to becoming “gangster” rappers. Surprised in the sense that most did not live the lifestyle that they portray in their songs. And it’s alright that they didn’t do those things, just admit it because we as consumers already know. Don’t we?

Rick Ross Confirmed to Be Father of Two Children!