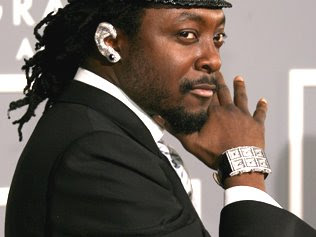 Blackberry handheld manufacturer Research in Motion announced this week that the company will be partnering with rapper and producer will.i.am to bring his Dipdive online community to the Blackberry platform.

According to Reuters, through the venture all Dipdive multimedia content will be available wirelessly on millions of RIM’s popular devices. The partnership underscores RIM’s increased push to broaden their reach beyond their primary base of business users and into the consumer market. “Probably the two hottest trends in wireless are social networking…and the other one is the multimedia, which is principally portable music,” RIM CEO Jim Balsillie said of the new offering.

Dipdive.com is a politically focused social networking site created by will in support of presidential candidate Barack Obama.

The Black Eyed Peas front man used the community to release his wildly popular Obama inspired song “Yes We Can.” The track and video feature a number of celebrities—including Common, John Legend and Fonzworth Bentley—reciting quotations from a speech given by Obama following his loss in the New Hampshire primary.

The Youtube version of the clip has been viewed more than 5.7 million times since its release last month. On February 29, will uploaded a new song and video called “We Are The Ones” which includes appearances from John Leguizamo, Jessica Alba and Macy Gray among others.
As reported earlier, will.i.am will be starring alongside Hugh Jackman in the latest installment from the X-Men series titled X-Men Origins: Wolverine.

The movie began production in Australia last month and is slated to open in theatres on May 1,2009.