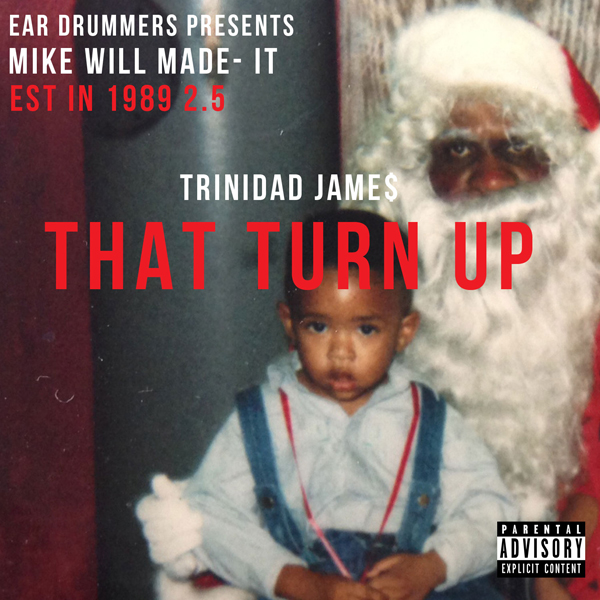 On December 24th, producer Mike WiLL Made It will release his new mixtape,Est. In 1989 Pt. 2.5. The tape, the third installment in Mike’s burgeoning mixtape series, will feature a collection of new, exclusive songs, mixed in with a collection of hits that Mike WiLL has produced throughout the year. All told, the tape will include features from Gucci Mane, Future,Rihanna, Kelly Rowland, Brandy, Juicy J, Big Sean,B.o.B., French Montana,Young Jeezy, Trinidad Jame$, Chief Keef, Lil’ Wayne, Rick Ross, TI, and more.

Last week, Mike WiLL unveiled the tape’s first exclusive, the Gucci Mane– and Juicy J-featuring “I Hit That,” and today, Mike WiLL is releasing the high quality CDQ version of “That Turn Up,” which features fast-rising Atlanta rapperTrinidad Jame$. Following Trindad’s sold-out New York show last week, a Baller’s Eve radio premiere of the song leaked online, but this version, drop-free and high quality, premiered today by The FADER, will give fans the chance to hear the song in all of its bass-heavy, high-energy glory. Turn up!