Check out the official video for “Monster” shot and edited by Jakob Owens and Produced by Mike Congo. Pray For The Devil out now and Views From The General’s Helmet drop’s May 20th After sharing his introspective “Before The Locs” freestyle, 300 Ent.’s Mir Fontane releases the official “Down By The River” music video. The captivating, Anthony Mormile-directed music video, adds a long awaited visual accompaniment, to 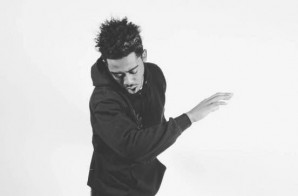 Atlanta rap duo TK N Cash are rising stars in the rap game with already having their songs Mind Right and 3 In A Row gain national exposure . The two took their talents In celebration of their mixtape release, Rich Nigga Timeline, ATL trio Migos have kicked off a new vlog series titled, “Quality Time.” Presented by Quality Control, watch as the trio shuts down the stage At twenty years young the Minnesota artist is on a tear. With the ink still drying on his new distribution deal with 300 Entertainment, Nikko Lafre decides to let go of a left over If you follow me on social networks or ever witness one of my epic industry rants in person, more than likely you’ve seen/herd me discuss how important positioning yourself is to being discovered. Well