Michael Millions starts off 2018 with a bang by unleashing his much-anticipated third studio LP, Hard to Be King. The 19 tracks effort is full of all original music from the polished emcee who Solange released her album A Seat At The Table and it has impacted the music community in great ways. The socially aware content on the album has people saying her album is better than Two-thirds of the rhymers in the music group, AGM, impede the internet out of nowhere with their new project TENTHSNDHRS. Radio B and Michael Millions aren’t shy about putting out music or working with On June 3rd we lost the greatest boxer of all time, Muhammad Ali, and it has brought a sense of nostalgia upon the Hip-Hop community. Ali stood for a lot and a rapper who Lela Bizz plays Bonnie to Michael Millions Clyde in the visual for her song, Count The Chips. After performing a robbery, Lela and Millions end up at a discreet location to count up the 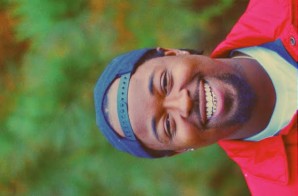 When creativity and quality come into question, Michael Millions has always been able to deliver by bringing something special to the table when he offers new music. On his birthday, the Richmond,VA emcee decided Richmond,Va emcee Michael Millions finally makes his 2015 appearance in the visual for ‘Ayeyaya’. Mike has been known as a constant craftsman and wordsmith when he gets in the booth and lets his words