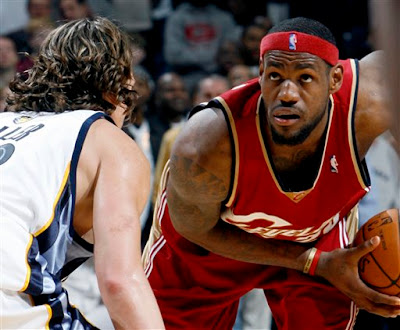 But recently he ahs been in the news lately for a speeding ticket he received on the day of his birthday last month. He was ticketed for doing 101mph in a 55mph zone.

When asked about the ticket from a reporter after practice these were his comments: “I was on my way home to go to sleep,” James said. “It’s not a big deal. You just have to abide by the rules. I made a mistake, and I have to live with it.” He joked that his speedometer reaches 200 mph but said: “I was doing 101. I was speeding.” While James didn’t think it was a big deal, safety experts were more than concerned. Not just for James but for other people on the road in the early morning. “When you travel at such high speeds, the crash would overwhelm the engineering and the safety features of any vehicle,” said Russ Rader of the Insurance Institute for Highway Safety in Washington, D.C. “A crash at that speed would leave a person unlikely to survive.”