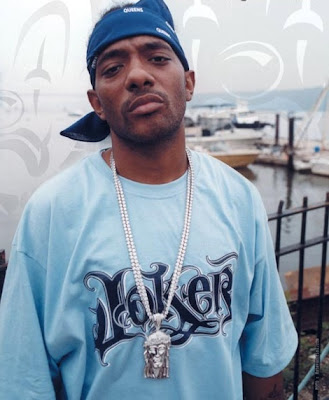 Mobb Deep’s Prodigy (Albert Johnson) had some harsh words for the Hip Hop community earlier. In an extremely long blog, Prodigy let off more than a few vocal barbs towards a laundry list of who’s who in hip-hop, while proclaiming himself and label mate 50 Cent as the “future of the planet.” In the opening portion of his rant, Prodigy exclaims that he and 50 Cent are the “voice of the hood and the voice of the future of this planet. Everybody copies prodigy’s rap, slang, dress code, tattoos, hairstyles, jewelery [sic] and more. Same for 50.”

Prodigy then attacks a long list of emcees including Cassidy, Fat Joe, Jim Jones, Cam’ron, Lupe Fiasco, Talib Kweli, Joe Budden, Jay-Z, Nas, Phonte, Saigon, Keith Murray. The attack on Fat Joe is not surprising considering the feud brewing between the Terror Squad and G-Unit camps and the release of the G-Unit mixtape, Elephant in the Sand [click here to listen]. Prodigy goes on to state how the previously mentioned emcees “suck to the maximum point of sucking.”

After offering slight admiration to Nas, and in some ways, Jay-Z, Prodigy goes on to say that the reality about the two legendary wordsmiths is that “they are both musical punks and street punks.” However, Prodigy was not done just yet, after proclaiming that this rant has nothing to do with publicity for his upcoming album or his looming three and a half year prison sentence, he continued to blast hip-hop, and spends an entire paragraph calling out “one of the members of this corny ass group called ‘Little Brother’” a certain reference to a blog in which Phonte (of Little Brother) praises Mobb Deep, yet also discusses how he believes they have “fallen off” [click to read]. Prodigy replies to that blog, and decrees that Little Brother would not know how it feels to “fall off”, since in order to “fall off” you first have to “fall on”, something he says they have yet to do.

In a surprising move, Prodigy breaks off his negative rant for a paragraph to discuss Soulja Boy whom he praises as “original, innovative, and unique” before continuing in negative fashion. After his praise of Soulja Boy, Prodigy’s rant takes another turn when he opts to discuss the role of whites in hip-hop. After proclaiming that “rap is black hood music for the hood,” he says that Eminem is the only white person that has been “let in” to hip-hop because he “gets busy” and was co-signed by Dr. Dre. He then goes on to lament on every media outlet that covers hip-hop, name-dropping MTV, BET, The Source, XXL and Vibe magazine, as well as calling out 99.9% of web sites that pertain to hip-hop.

Finally, Prodigy offers a new career path for the aforementioned rappers, noting that UPS, DHL, and FedEx are all hiring. Then he signs off as “PRODIGYhnic2”, contributing at least some slight promotion for his new album (H.N.I.C. Part 2) to his personal vendetta against hip-hop.

Don Q Calls Tory Lanez Out For Not Responding To Diss Track!