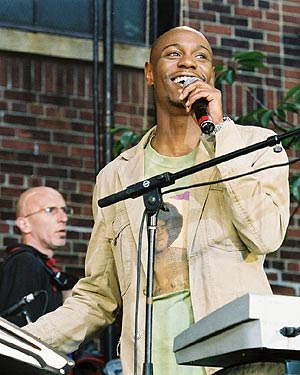 In an unexpected turn of events, it seems as though comedian Dave Chappelle has expressed a desire to follow up his 2004 block party in Dubai, the largest city in the United Arab Emirates.

According to New York Magazine, ?uestlove (of The Roots) recently spoke with the comedian, who has maintained a low profile as of late. “He wants to redo ‘Block Party,'” said ?uestlove, referring to Chappelle’s 2005 documentary which chronicled the process of organizing and throwing the block party. “I saw Dave the night of Erykah [Badu]’s birthday party in Dallas.”

?uestlove elaborated, revealing Chappelle’s desired location for the project. “Over in Dubai,” he explained. “Except he wants to spice it up a bit and have us perform with a 60-piece orchestra. He’s just like, ‘Promise me you’re going to rhyme over ‘Star Wars,’ that’s all I want.’”