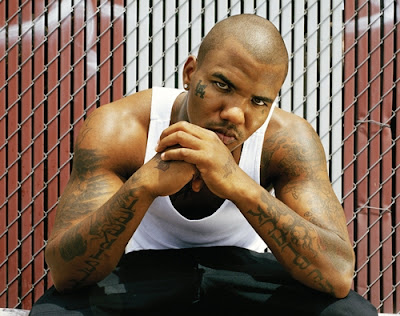 Game is about 80 percent done with his next album, LAX, according to his camp. The man his DJ, Nu Jerzey Devil, is calling “A-Game” has been working with producers Cool and Dre and Scott Storch, among others, but there’s word now that he and Dr. Dre are hooking up again too.

Game has been working in Miami and Los Angeles and should be ready to drop sometime this spring. The Compton, California, native has also reunited with his estranged brother, Big Fase, but that hasn’t stopped Game from continuing to tell his guys that LAX will spell el fin for him.

And since we are talking about Game, if you don’t already know, Game briefly had a tattoo of a butterfly right there, which was covered up partially by the LA tattoo…You gonna want that big red star on your face in 20 years? 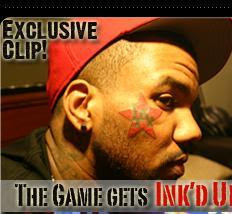