Green Lantern to Have Own Show on Grand Theft Auto IV 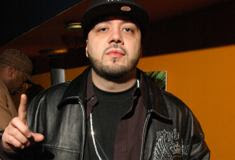 Add this to the list of things GTAIV’s doing that its predecessors didn’t: at least one of the new title’s radio stations will feature only one artist, who’ll be providing an all-new set of tracks for the game. Hip-hop DJ Green Lantern has told King magazine:

Somebody within my camp said that they were interested in doing some stuff. We sat down and it ended up like a whole radio show. This particular show, there’s a little bit of budget involved. It’s not the normal licensed-out music. When you jump in the car, you’re going to be able to hear a whole Green Lantern radio show filled with nothing but exclusive music I produced for the game. I think it’s the first time that’s ever been done.