Kay Slay Reveals The Silence Between Himself And Fat Joe 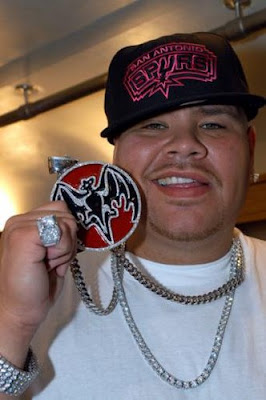 New York’s DJ Kay Slay (Hot 97, Shade 45) revealed the reasons behind the distance and broken friendship between himself and Fat Joe along with his stance on the Papoose situation in an exclusive interview from DJ Absolut’s video series.

Speaking on Papoose, whose underground and mainstream success was built from Kay Slay’s Street Sweepers mixtapes, the “Drama King” voiced his opinion on what stemmed the beef with Fat Joe.

“It was just a situation where Joe was feeling disrespected because Pap was up on 50’s show. At the end of the day, if Pap ain’t saying nothing, then I feel like he shouldn’t have been addressed,” Kay Slay said.

While admitting not being present at the time of the incident between Papoose and Fat Joe, Slay spoke on behalf of the Brooklyn rapper and revealed his own relationship with Joe.

“Papoose ain’t never said nothing about Fat Joe. Me and Fat Joe used to be [close]. [We] ain’t been rocking for years. It is what it is,” Slay said. Kay Slay admitted the silence amongst the two former friends came from the issues between Fat Joe and 50 Cent.

“Him and 50 got into a situation and he just felt like I shouldn’t fuck with 50 anymore, because of the relationship me and him had,” the deejay added. Despite the former relationship, Kay Slay justified his disapproval of Joe’s suggestion by relating the situation to his own prior industry beefs.

“I didn’t feel it was right when Joe had the issue with 50 to tell me not to fuck with him and when he gave me an ultimatum—I’m my own man, I’m older than him…and I just felt like he went his way and I went my way. We don’t really fuck with each other like that anymore,” said the longtime industry veteran.

Confessing the respect each one had for one another as being the primary reason why neither individual spoke on the situation, the two have yet to make amends or attempt to squash the disagreement.