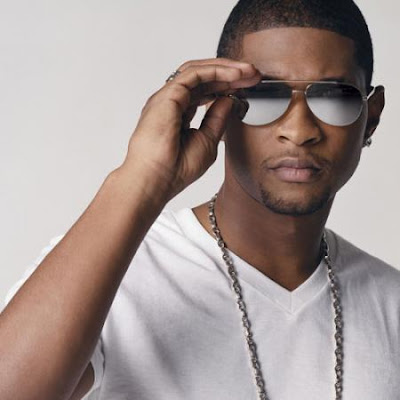 Holding the #1 spot on Billboard’s Hot 100 Singles chart for the second week in a row, Usher is clearly in a position to lead his fans and listeners through untouched territories. Some of the subjects at hand; marriage, maturity, and loyalty to his fans.

In a report from MTV, a few producers on Here I Stand explained the direction that Usher has planned to layout for his upcoming album. Polow Da Don stated he worked with Usher on two records, one of which is called “Angel.” Finished last December, Polow felt the vibe of the track was a mature stance that Usher was striving for when describing his marriage. “I’m not married or close to being married — I don’t even have a girlfriend — I’m like, ‘Maaan! How do you get married? Especially you, Usher. How do you get married?’ He’s so sincere about it, regardless [of what] everybody else thinks”.

Polow also said the first verse on “Angel” is dedicated to Usher’s mother. “He’s [singing] about being a little kid, being a badass and taking his mother through the hardship and not realizing the whole time she was always there. She is his angel.”

Past collaborators Dre & Vidal will also make an appearance on Here I Stand. The duo worked on 15 records (it is unknown at this time how many will eventually make the cut) with Usher last year and definitely found a vibe in the studio.

A guaranteed product from the sessions though is the title track “Here I Stand” which Vidal described as “A classic. It’s a smash. It shows that despite all the things he’s been through, he’s still here”. Vidal went on to say that Usher’s message reached out to his fans and family as well. “The song is saying, ‘No matter how far I go, no matter how long it takes, here I stand”.