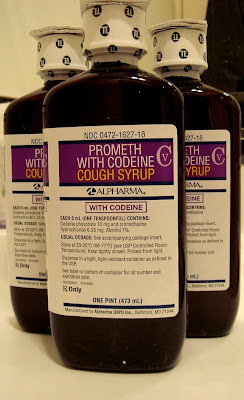 An overdose of cough syrup and a preexisting sleep apnea condition killed Chad Butler, better known as rapper Pimp C, according to the Los Angeles County Coroner. His death has been ruled an accident.

Butler was found dead in a Los Angeles hotel on Dec. 4. He was 33. He’d been in L.A. for a concert with rapper Too $hort.Though early reports suggested the cough syrup was over-the-counter, assistant chief coroner Ed Winter said the Promethazine/Codeine found in his system was from a prescription-based product.

Winter also cited sleep apnea, a disorder that often causes blockage of the airway during sleep. According to the National Institutes of Health, the condition affects more than 12 million Americans. Winter suggested that Pimp C’s family was aware he suffered from the condition.