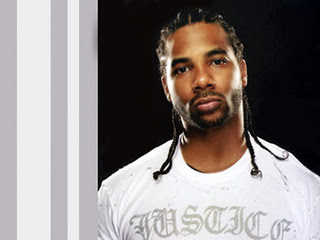 After reports of hit-making producer Polow Da Don being robbed at gunpoint last night hit the net, the Atlanta-based producer released a press release about the story.

Early reports say masked gunmen broke in on a recording session and forced him and a group of men alongside him to the floor. It’s been speculated that Polow and the other Zone 4 affiliates in the studio were robbed of money and jewelry but no one was hurt.

Polow released a statement this afternoon calling his attackers weak and saying their attempt failed.

“They thought they came to rob me, but I have heart and I have God shawty …These crack head ass n*ggaz I guess called themselves robbing me, but we robbed them. I wasn’t scared I was mad,” Polow said via his Blackberry. “I was likes ‘these dumb ass, weak ass n*ggas.’ n*ggas don’t get it. You gone have to shoot me because until then, I don’t believe you. I am a man and nine times out of 10, a n*gga calling himself a robba, a thug or a gangsta is a cover up for being too weak (whether it be physically, spiritually or mentally) to be a man. It’s hard to learn how to be a man. Luckily, my teacher stuck with me … Thanks Dad, I love you! Kids, do you know where your father is right now?”

The producer is still in good spirits and doesn’t plan on letting last night’s incident get in the way of his success.

“By the way, don’t let this negativity overshadow the celebration of having the No. 1 song in the country,” Polow said, referencing the Usher and Jeezy collabo he produced, “Love in the Club.”

A Glimpse Inside The World of Vetted Figure Jetset Josh King Madrid, also known online as JetSetFly, has almost become the face of internet... Reform Alliance’s Criminal Justice Reforms Enacted into LawCRIMINAL JUSTICE REFORMS PASSED WITH UNANIMOUS BIPARTISAN SUPPORT GO INTO EFFECT IN FLORIDA  A diverse... Waferz Serves Up Cannabis Gelato Flavors to the Rich & FamousWhen cultivators turned to brands for the right to move their flowers, brands such as... Grammy® Award Winning Global Icon Brandy Inks Partnership With Motown RecordsPhotographer— Munachi Osegbu / @munachiosegbu   Making major moves to kick off the summer, GRAMMY® Award-winning... Motown and COLORS Announce Exclusive Performances and Content Series to Celebrate Black Music MonthMotown Records and COLORSxSTUDIOS proudly present a first-of-its-kind performance and content series in honor of Black Music Month.... Killer Mike and Shay Bigga featured in Cadillac’s Escalade-V Series CommercialIn honor of #BlackMusicMonth, Cadillac proudly celebrates the power of Black Music, Black Art, and... Cordae Does TED Talk on How a “Hi Level” Mindset Helps You Realize Your PotentialWhat does it take to build a legacy? Hip-hop artist Cordae tells how he went...
CEO Trayle Drops “July The Fourth” Produced by Twysted GeniusFor many, July 4th is a celebratory occasion, but for CEO Trayle, the holiday has... Parties Outta Sight – 5 Star Rated, Party Motivated“Magic Mirror on the Wall, Parties Outta Sight is the Greatest of them All,” or... “Tonight” – [Wavvii Baby, Jay-Oh, Chukkuma OTB]Hailing from California, Wavvii Baby’s  evolution as an artist knows no borders, even when it... Stevy O Drops New Single “By My Side” From New EPUprising New Jersey-based recording artist Stevy O, an artist generating a buzz with his music... Neek Bucks Headlines “The World Is Yours” Show at SOB’s featuring Dub Aura, Lou Maurice, and MoreNew York City is the birthplace of hip-hop, and one of the most iconic cities... Noirillusions : A Rare Breed – Talks New Music, CollabsA closer look around us will show us how things have constantly been changing across... James BLK On How Music Is The Perfect Outlet For His CreativityOnly chosen few are fortunate enough to discover their real passion. To have your passion...
CEO Trayle Drops “July The Fourth” Produced by Twysted GeniusFor many, July 4th is a celebratory occasion, but for CEO Trayle, the holiday has... THE BRAND NEW SINGLE “NUN” BY Blu Black Featuring Young Dro & BiggsBlu Black drops a drippy new single called “NUN”. The song has a solid instrumental... Jay Fizzle and Snupe Bandz Drop “Murder” VideoSharing their new ominous “Murder” video single, Jay Fizzle and Snupe Bandz are serving up... DJ DRAMA RELEASES NEW YORK STREET BANGER AND VISUAL “FOREVER”GRAMMY AWARD-WINNER DJ DRAMA RELEASES NEW YORK STREET BANGER & VISUAL “FOREVER” FEATURES FABOLOUS, JIM... City Girls Return With New Single and Music Video “Good Love” Featuring UsherHeating up summer to a boiling point, Miami’s own multiplatinum duo City Girls return with... Bad Azz Brijion Drops “Short D” and Announces Upcoming Show with Ice-TLos Angeles-based recording artist Bad Azz Brijion has pulled up to the scene with a major announcement:... LOLA BROOKE RELEASES MUSIC VIDEO FOR “ON MY MIND”Brooklyn’s bold, eminent rapper Lola Brooke makes her highly anticipated return by releasing the official music video...
Rising Star Moe Maurice  Amorea Maurice Walker also known by his stage name “Moe Maurice”, is a HipHop/R&B... Meet Frederick Murphy the rising star  Frederick Murphy Jr., better known professionally as “Fredo Murphy” is an American athlete, model,... THE REAL MCKOY RELEASES THE MACK TOO ALBUM  Cranking up the volume on the Real McKoy’s latest release – the stunning album... Manny Megz Could Be The Fore-Front of Arizona’s Growing Boom Bap SoundThere seems to be some major movement in Arizona Underground Hip Hop. With rappers like... Cp dollars real name Pimpfunta Story gives the inside financial game to financial freedomCp Dollars is a credit guru and rap manager and consultant for artists Musa Mandella,... Artist/Producer Ace Drucci Release New Heat ‘Get A Bag’    Ace Drucci release his new single “Get A Bag’. Drucci is best known... Trapland Pat Exclusive Interview with HipHopSince1987(photo credit: @ShotByJolo) 2021 was a meteoric year for Trapland Pat, heralded by his single...