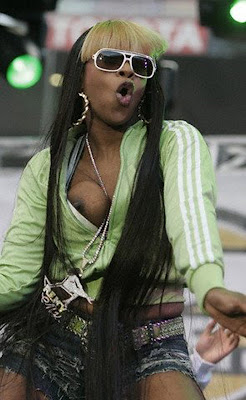 Rapper Remy Ma’s court case began yesterday (March 10), for which she is charged with assault, witness intimidation and related charges.

Prosecutors told a Manhattan jury on that Remy Ma shot a NY woman, fled the scene and then tried to intimidate witnesses, according to Reuters.

The source of the argument, said prosecutors, was $3,000 missing from Remy Ma’s purse. Assistant District Attorney Jason Berland explain that shortly after leaving a Manhattan nightclub, the rapper climbed into Makeda Barnes-Joseph’s car, where the two women struggled over Remy’s bag. Barnes-Joseph was shot in the struggle.

Remy Ma’s lawyer Ivan Fisher said that the shooting was an accident, and that Barnes-Joseph was simply trying to win money from the rapper. “This case will leave you with enormous doubt,” said Fisher.

“[Remy] is not the type of person to sit back and let people testify against her,” said Berland, referring to his claim that Remy Ma and Papoose were later behind the beating of two men. One of the men, according to Berland, was the boyfriend of an eyewitness to the shooting.

Remy Ma faces a maximum sentence of 25 years in prison.