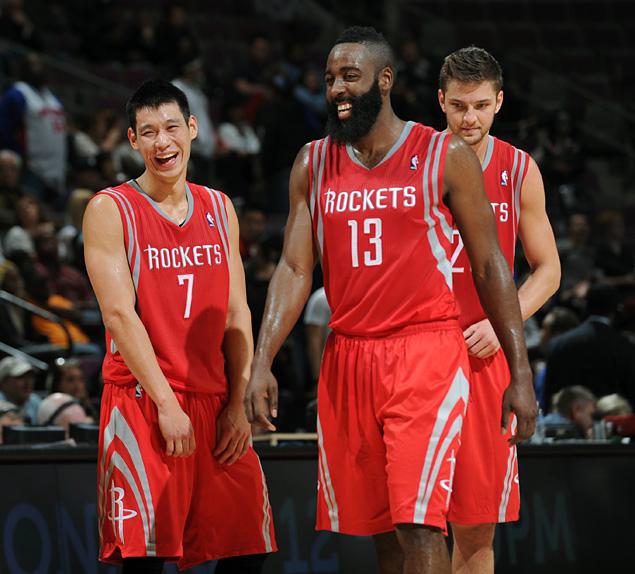 His old fans booed him. His old friend clobbered him.

Otherwise, it was Linsanity all over again at Madison Square Garden.

Jeremy Lin had 22 points and eight assists in his return to New York, leading the Houston Rockets to a 109-96 victory Monday night that ended the Knicks’ 10-game home winning streak to open the season.

Cheered then jeered, and later floored by Tyson Chandler‘s flagrant foul, Lin added another masterpiece to the ones he put together last season during the height of his memorable run. No longer the fan favorite he was when wearing the home uniform, Lin got a mixed reception when he left the game with 2:25 remaining and the Rockets leading by 16.

James Harden had 28 points and 10 rebounds for the Rockets, who blew out the Knicks for the second time this season. They have won the last seven meetings, including a 131-103 rout in Houston on Nov. 23.

Rookie Chris Copeland scored a career-high 29 points for the Knicks, who played without leading scorer Carmelo Anthony and had their four-game winning streak snapped. They fell to 18-6, matching the record they finished last season with under Mike Woodson.