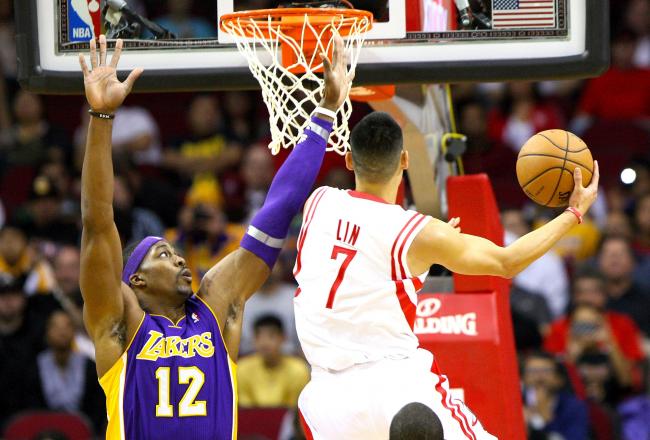 This is not the fantasy story the Los Angeles Lakers were looking for when they signed /traded for Steve Nash and Dwight Howard in the off-season. Mike Brown has been fired, D’Antoni is running the show now but the Lakers are still struggling. Last night after being up by as many as 13 points early in the fourth quarter the Lakers once again found a way to lose and fall to 8-10 on the year.

Houston Rockets bench players Toney Douglas and Greg Smith played huge last night. Douglas dropped a season high 22 points while Smith added a career high 21 including two big free throws late in the game. Kobe scored 39 and Howard added 12 boards and 16 points but was fouled repeatedly in the last 5 minutes of the game which helped the Rockets tie the contest and go on to win the game.

The Lakers are 3-5 under Mike D’Antoni and are currently on a 8 game road game trip. The Lakers face the New Orleans Hornets tonight in New Orleans.