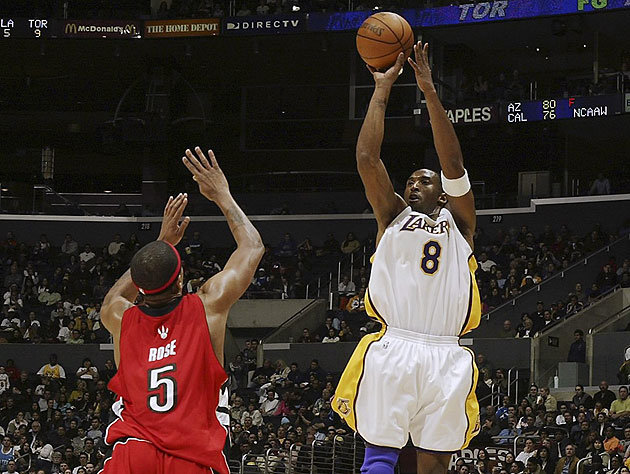 Kobe Bryant and the Los Angeles Lakers are certainly not having the season the Buss’ family expected after bringing in big names such as Steve Nash and Dwight Howard but this black cloud hasn’t always been sitting over top of the Staples Center. Six years ago today ( Jan.22, 2006) Lakers future hall of fame shooting guard Kobe Bryant made NBA history scoring 81 points in a regular season victory against the Toronto Raptors 122-104. Kobe is second all-time in points scored in a single game behind only Wilt Chamberlain who dropped 100 points on March 2, 1962 as a member of the Philadelphia Warriors in 169-147 victory against the New York Knicks. Watch the Black Mamba historic night below.