The last decade has seen the rise of EDM music in Las Vegas, with all the mega clubs featuring some of the most popular DJs spinning weekly. But in the last year or two, hip hop has started to make a comeback, with several artists being signed to residencies in Vegas as well – Cardi B at the now defunct Kaos Nightclub, Drake at XS, Tyga & Lil Jon at Hakkasan, to name a few.

Discotech is a free mobile nightlife app that allows users to browse upcoming events, sign up for free guest lists, buy tickets to upcoming shows, and book table service at all the hottest clubs in Las Vegas. You can see where your friends are going, share events with friends, and see which events have the most guests attending. 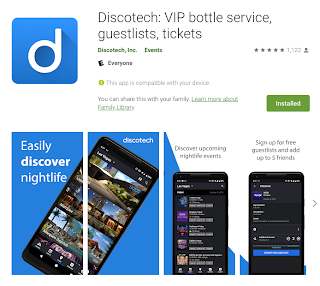 For those looking for the best Hip Hop nightclubs in Las Vegas, Discotech’s team recommends the following: 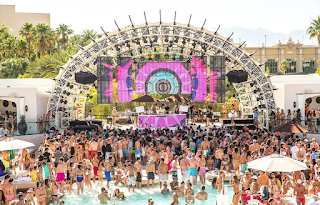 The best hip hop pool parties in Las Vegas include:

If you have a mixed musical interest party – people interested in both EDM and hip hop music – Omnia, Hakkasan, and Marquee are clubs that feature EDM DJs in the main room but also have a Hip Hop room with separate music. Discotech also features nightlife guides to different cities, such as the best nightclubs in Las Vegas and best nightclubs in Los Angeles.

Discotech’s iPhone app features over 7000 reviews and a 4.9 star rating, and the android app over 1000 reviews and a 5 star rating. It’s free to download and isn’t just limited to Las Vegas – you can see venues and events in all the major cities around the world, including Los Angeles, Miami, New York, Chicago, San Diego, San Francisco, as well as international nightlife destinations such as Tokyo, London, Ibiza, and more.

For those hip hop heads thinking about heading out to Vegas for a bachelor party, graduation party, or hoping to celebrate the end of Coronavirus, we highly recommend checking out the free Discotech Nightlife App!