Mickey Factz, veteran emcee, former XXL cover freshman is set to release his debut album, The Achievement circa ’82,with Grammy award winning producer Nottz handling all of the production for the ten-track project, which also includes J.U.S.T.I.C.E. League production crew returns today with a part two for their joint with Rozay, Money Dance. The Black Market standout track originally featured The-Dream, but the follow up enlists some New York representatives in Mack Mack Wilds pays homage to the coming-of-age film Do The Right Thing, as he plays Spike Lee’s character “Mookie” in the visual for his single Love In The 90z. Mack send over an email to Fader, 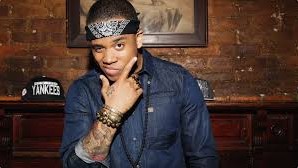 Mack Wilds, the New York City-born singer/actor sat down for an exclusive interview with AllHipHop.com to give fans an update on his next album. During the interview, Wilds also talks about his role in the film The Breaks, Actor/Singer/Rapper Mack Wilds is ending the year 2015 in style. Fresh for costarring in the music video for Adele’s new single “Hello”, Mack Wilds has dropped off his new new tune entitled “Love In These are the good days Ice Cube was referring to. After taking a small break, songstress Adele is preparing to release her new album ’25’ on next month and today she has dropped a Mack Wilds is back with new music. He drops off “Bonnie & Clyde” as we prepare our ears for more new music on the horizon