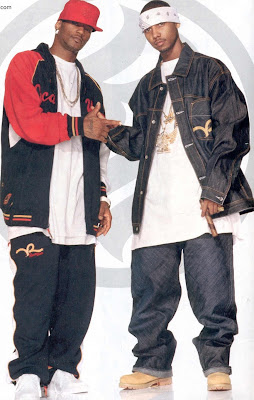 The never ending saga of the Diplomats internal struggles continue. Depending on who you ask, either everything is all good or the crew is in shambles. Although the future of the Dip Set is only known by those within the unit, the recent news of Cam’ron selling Juelz Santana’s contract to Def Jam certainly have cast a cloud over the collective.

According to Miss Info’s blog, the deal is in fact a reality and the video message sent out by the Best of Both Offices about Juelz returning means much more than originally perceived.

Miss Info asked Juelz via email about his move to Def Jam and Juelz responded with his own email that Info posted on her site.

“A! What’s good !! Yeah, I’m free!! And ready to do me!! But its still Dip Set 4 life!! Its just going to be a new chapter!!” he stated. Although he said that it was “still Dip Set 4 life,” he followed by addressing his relationship with Killa Cam.

“I have no hard feeling for Cam, after all, he did give me a chance!!! But I will say this I was loyal to him and he took advantage.”

What Santana exactly means by “took advantage” is unclear but it does show that the Dip Set still has internal issues with Cam. In the meanwhile, Juelz discussed his immediate future.

“Mixtape coming up soon, my solo mixtape (‘the Reagan Era’),” he revealed

More on this as it develops.

Don Q Calls Tory Lanez Out For Not Responding To Diss Track!