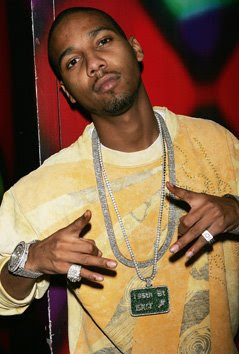 Diplomats rapper Juelz Santana was reported arrested by The New York Daily News. According to the story, the rapper was entering his Glenpoint gated community in Teaneck, New Jersey, when a police officer smelled marijuana coming from Santana’s Bentley.

Upon the stop, the 25 year-old Harlem-born rapper was found in the possession of several rolled blunts, a sandwich bag of marijuana and a sock filled with approximately 29 hollow-tipped bullets. Although Santana’s present-whereabouts are unknown, he was detained, as was his vehicle taken, for being driven on a suspended license.

At the time of this incident, Juelz Santana had been recording his third album, reportedly called Born To Lose, Built To Win (The Reagan Era) for Diplomats/Def Jam Records. Last week, reports surface [click here…] that the Harlem, New York-based Diplomats might be disbanding due to ongoing disagreements with stars Cam’ron and Jim Jones. Amidst the recent talk, Santana, who has found the most consistent success in his two releases, has remained quiet.