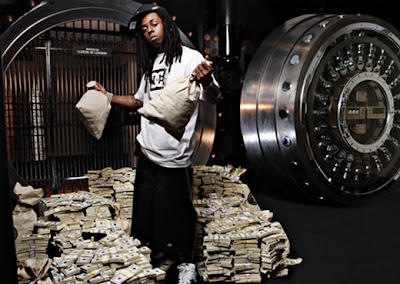 As reported earlier, Wayne was arrested in Yuma, Arizona last month after authorities found four ounces of marijuana, over an ounce of cocaine, 41 grams of ecstasy and miscellaneous drug paraphernalia in a bus he was traveling in.

A .40-caliber pistol registered to the New Orleans rapper was also found on the bus.

According to The Associated Press, Wayne’s lawyer, James Tilson, revealed Friday that the original complaint given to the grand jury stated that the rapper was in possession of about 29 grams of cocaine.

Tilson argues that a lab report shows that Wayne was in possession of less than eight grams of cocaine, without including the weight of the packaging.

Arizona stipulates that possession of nine grams or more means intent to sell. Tilson divulged that reducing the charges could mean the difference betwee n jail time and probation for his client.

A May 13 hearing was scheduled on the motion to remand the case back to the grand jury.

Lil Wayne Drops Extended Video For “Piano Trap” & “Not Me”

Lil Wayne Is Planning a Surprise For His Fans!