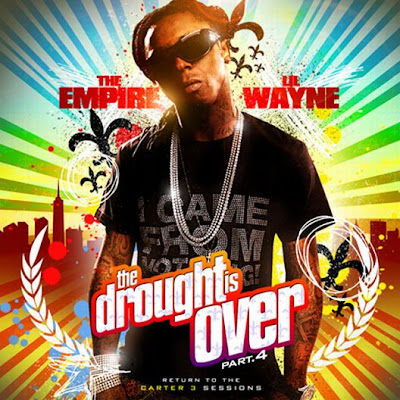 After Lil’ Wayne torched the mixtape scene with scathing comments in an interview with Foundation Magazine, the entire mixtape scene was up in arms. Even the legendary DJ Doo Wop decided to get in on the mix and fire back at Weezy F Baby. Late last night, Lil Wayne called in to DJ Drama’s Shade 45 Sirius Satellite Radio show to explain his position to the world.

“First off I ain’t mean to disrespect no deejays, no mixtape deejays, whatever kind of deejay you is, there was no kind of disrespect,” Wayne said on the air. “Especially given the fact that me and Drama, me and [DJ] Khaled and me and my homeboy Raj Smooth from New Orleans, we all get it in and do the mixtape thing. So given that fact, I think things were blew out of proportion.”

Many may know that Wayne has been a fixture in the mixtape scene and recorded some of his most popular work with the likes of DJ Drama, Smoov and DJ Khaled. So who exactly was Wayne coming after with those sentiments?

“This Empire nigga, I don’t fuck with him. For all deejays I just want you to know that [the diss] was meant for that Empire nigga. I don’t fuck with the Empire nigga. The nigga put a CD out on me every month and I couldn’t tell you how none of them niggas look in person,” Weezy said in regard to Worldwide Legacy’s brand of mixtapes. There is a popular series produced by The Empire titled The Drought Is Over which has been making its rounds in mixtape circles for some time.

Weezy still stands by what he said and made sure that he wanted those upset with him over the statements to feel the same way they did even after Wayne appeared on Drama’s show.

“Whoever got soft feelings and whoever took what I said and wants to feel some kind of way, I want you to know, please don’t feel different after you hear me on this right here,” Wayne said as his tone changed. “I want you to still feel [like saying] ‘fuck that nigga’ cause when you see me in the streets I want it to be that because I’m going to bite your fucking face off.”

Wayne also sent a special shout out DJ Keyz and DJ Pratt who put out the Wayne’s World series. “If you made the Wayne’s World Vol 1-7 then your mama’s a bitch! And if you the Empire nigga, I hope you die twice tomorrow!”

But after it was all said and done, Weezy spread love to people like Drama, Khaled, Tony Neal of the Core DJs and others. “But for the other mixtape deejays I love you. No homo. I wouldn’t be shit without you.”

I am pretty sure that Weezy has a lot more mixtape DJ’s to dis because his name and music has been flooding the music game over the last few years. I am sure just Empire was the only to take the heat because he is a big name and he fooled us all with the Weezy mixtapes. But we all knew since Drama’s Dedication mixtape none of the Weezy mixtapes were official even though they all had their new singles on them.