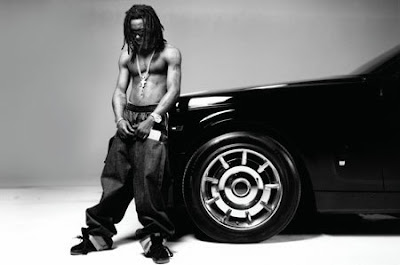 Lil Wayne spoke for the first time since being arrested in Arizona. But the topic of choice wasn’t his brief jail stint (“I’ve got nothing to say about that”), Weezy F Baby would rather deliver news about his upcoming album.

In a recent interview with Billboard, Lil Wayne sprinkled more news about his upcoming album to keep his starving fans hopes up that The Carter III will be dropping soon.

The album’s lead single will be the Deezle-produced “Lollipop” and will be hitting the radio shortly. The video was reportedly shot in Vegas and hopefully means that the album’s March/April release date will come to fruition.

“It’s one of those albums people are really waiting on, so I made it so that whatever is on it will stick with you forever,” he told Billboard. “I’m taking my time with it. And I’m giving artists I respect and people I want to do songs with — not songs the label fixed — an opportunity to collaborate.”

Word is that Wayne is going to be getting some production help from Cool & Dre as well as the Alchemist on this outing. He is also sticking to his guns that this album is going to be one of his best releases.

“I think this album is going to be one of my best albums,” he said. “I’m a true perfectionist. I might have to work out a deal with Universal to shoot a video to for all these songs, that’s how crazy they all are. Every one of them is a movie.”

In the meanwhile, Weezy awaits his Feb 12th hearing for his arrest in Arizona.