Snoop From The Wire Caught Up In Some More Real Drama 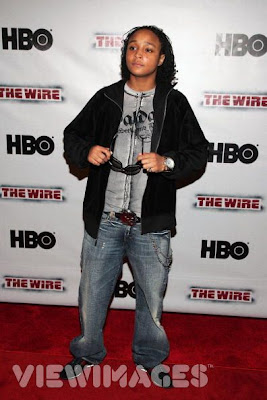 Felicia Pearson did time for murder, then went on to play a hitman named “Snoop” on The Wire. Now she finds herself caught up in another real-life killing – this time as a witness.

Authorities say she watched Steven James Lashley stab three men, killing one, after an argument that began outside New York Fried Chicken on The Block in the fall of 2005.

“I’m planning on calling her as a witness for the prosecution,” Assistant State’s Attorney Twila Driggins told The Sun’s Melissa Harris this week, as the case was postponed. “I expect her to be able to identify the stabber, give details of the fight prior to the stabbing and the murder itself.”

Pearson, who declined to comment to Harris, pleaded guilty in 1996 to second-degree murder for fatally shooting Okia “Kia” Toomer during a fight in Baltimore. She was sentenced to eight years in prison.

Wire creator David Simon told Harris that he didn’t know many details of the case. “I remember that she spoke to [co-producer] Ed Burns about it and indicated that the argument had nothing or little to do with her and that she did not know those involved,” Simon wrote by e-mail from Dublin, Ireland. “She told us that she had been questioned by the police at length and she was in no way charged or implicated or in trouble.”