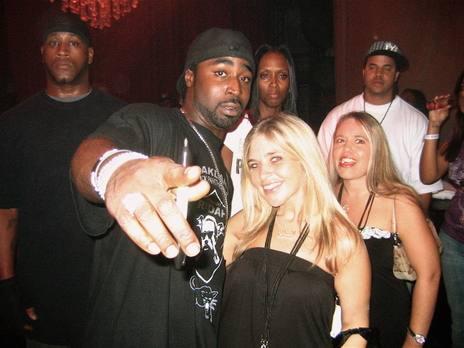 With Young Buck being recently ousted from G-Unit, a war of words seems to be ensuing, with 50 Cent leading the charge. In a recent interview with MTV, Fif alluded to Young Buck having a drug problem.

“Buck’s probably high right now,” he said, mentioning that he heard that Buck had used cocaine and the now infamous “syrup.” 50 went on to further elaborate, all but calling the Tennessee MC an addict.

“He doesn’t even get high anymore — he just maintains his [high]. You have to get sober to be high,” 50 said. “When they say, ‘Party like a rock star,’ he goes beyond what they are talking about. Multiple, different shit.” The two remaining members of G-Unit—Tony Yayo and Lloyd Banks—also weighed in on Buck’s departure, revealing that the agreement to kick Buck out of the group was unanimous.

“We feel the same way,” Banks said. “If 50 gets resistance, we get the same resistance.” Tony Yayo had more to say, and seemed to stop short of saying that Buck—who had been speaking out about his discontent with G-Unit—betrayed 50. “50 took him and made him who he is today,” Tony Yayo said. “Where I’m from, you don’t bite the hands that feed you. I just get confused. I just remember not having nothing. I never will bite the hand that feeds me.”

This beef will more than likely make it to wax, with 50 saying that a dis track from Young Buck is “inevitable.” G-Unit is currently at work on their follow up to Beg For Mercy, tentatively titled T.O.S. (Terminate On Site). Young Buck will make an appearance on the album.