This young, enigmatic artist is now on his way to set the stage on a mission to bring back a type of sound that hasn’t been seen in quite some time now. Raised in the same state where artists like Prince & Lizzo have resided, it’s safe to say that Darius Mylik is well aware of the high caliber of music that came before him, but that hasn’t stopped his hustle. “My overall plan is to release different songs within different complementing genres, to reach a multitude of people. I don’t want people to get used to my sound – rather, I want them to be transported to another place while I act as the driver in their car.”

Lofty words from a Minneapolis native, especially when you consider his peculiar background. Raised in the church and born within a big family, Darius has always kept to himself for most of his life. “I was always the type of kid that didn’t stress much – kept to myself with my own thoughts; loved to people watch.” That intuition and ability to read situations has helped him tremendously, giving him the opportunity to be more entrenched within the church and his community serving the people who looked like him. Always looking for ways to give back and inspire, he made a point early on to be involved with things that would only showcase his talents in the best light.

And that light has shined in many ways, as Darius was training to be more involved within the entertainment – not initially through music as one would expect. “I had plans to become either a sports agent or an athlete – I really trained my body to prepare for that next level, but of course, if God calls you to do something else, you can’t ignore it.”

This then led to the beginning of him honing his vocal gifts for a new audience. Utilizing his choir talents and vocal influences that range from Mali Music, 2Pac, Maxwell & Joe he created a versatile, 2 EP project (Intermission & 2/2) that served as the basis of his music repertoire that he wanted to share with the public.

And boy, did those projects go far. His first single off of the “2/2” EP, entitled “Killlmonger”, spoke about the black plight with police brutality in America. Coming in with honest lyrics and a gritty feature from “Water.Like.Soul”, it was picked up by WorldStarHipHop, has been streamed over 150,000+ times on Spotify and drew the attention of Hot 97 DJ’s Funk Flex as well as boxing champion Terence Crawford. “I didn’t realize this was going to be as well received as it was, I just had a story that I wanted to get off of my chest – to give my people some hope during these troubled times.” With that success, he has been invited to open up for a few upcoming artists as well as headline his own show in New York City. “Everyone knows that NY energy is brutal – you either have it or you’ll be reminded very quickly if you don’t. I definitely was on in the beginning but after we performed Killmonger live, I knew I struck gold.”

He was also able to get the attention of a few creative individuals who share with his overall vision of a label that redefines expectations – if names such as Jamil Dawodu, Vincent Trigue (of ViralTone Creative – a Marketing Agency) & Anthony Woods aren’t ringing loud now, then don’t be surprised if you see these names pop up again. Together they make up the founding members of “Genreless: The Collective,” an independent label with outputs that span the gamut of audio, visual and other creative contemporary works for a unbridled generation.

“After Nipsey’s passing, I was definitely inspired to continue the mission of what All Money In Records & The Marathon Company represented,” says Darius. “With Genreless, we want to continue to put out great stories from artists/creatives who span from non-traditional backgrounds and help position their art in a positive yet influential way that speaks to the issues of today. I don’t want our music to stay in one sound palate or timeline – we’re constantly pushing to ensure that we are all sharp and can give the best back to the universe.”

With that preparation in mind, he’s taken almost 2 years to fully realize his next project, which is entitled L.I.W. (Love Is War), set to be released later this year. One single that stands out is “Rose of Sharon”, which visually took queues from the popular “You” Netflix series. Asked about the coincidence, Darius doesn’t shy away from it “I actually did that on Purpose, yeah. But the plan is to build a deeper visual component to the rest of the album. Everyone has been arguing with me about concepts – what does this mean, or that mean – and I just have to sit back and laugh when they try to explain.”

Indeed, Darius allows the people around him to share their input, a skill that has helped him to become the person he is today. But he makes it clear that the final plan is always his vision, as he has specific plans on this musical arc – or at least a warning to those who sit in the space. “With all due respect, Brent Faiyaz, I’m coming for your head.” Testy words from a reserved guy from Minnesota, but judging by an early listen, it’s safe to say that he’s a welcome addition to the music game. 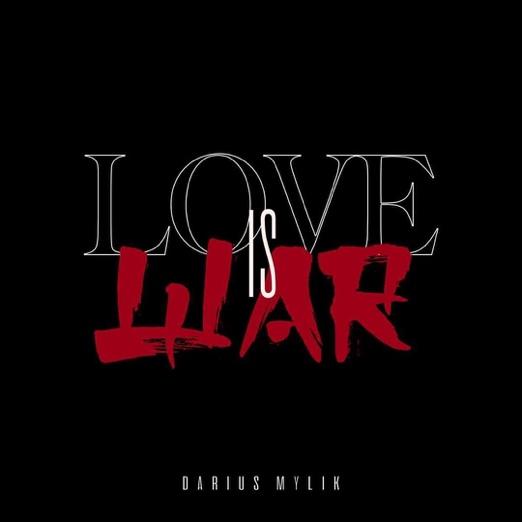