On Friday March 18th, Mass Appeal and Chinara Butler put together a great showcase for the Trillest artist of them all, UGK’s own Pimp C. Some of Texas hottest artist came out to show Pimp C’s posthumous album, Long Live The Pimp is in stores now and the label has decided to release a visual for the interlude Triflin’ Ho . The animated visual comes just in time Mass Appeal Records put out Pimp C’s posthumous Long Live The Pimp album, a while back which featured a standout collabo between him and Lil Wayne called 3 Way Freak. These rappers never actually made music The late-great Pimp C’s album, Long Live The Pimp is due in stores on December 4th and today we get the latest release from the project. Nas and Juicy J assist Pimp on, Friends taken The other night in New York City, Mass Appeal Records held a private listening party for (the late & great) Pimp C and his “Long Live The Pimp” album. With the release date set 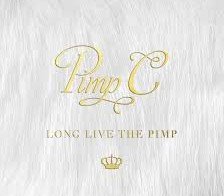 Late Texas rapper Pimp C’s posthumous album, Long Live The Pimp is set for release on December 4 via Mass Appeal Records. Today, we get a new single with the help of Lil Wayne to tell