While 2017’s Rockness A.P. may have been his only solo effort up to that point, Rock‘s place in Hip-Hop history had already been cemented.  Also known as the Rockness Monsta, the proud Brownsville, Brooklyn, New York native first Where’s the weed? That’s what Harlem’s number 1 stoner is trying to find is he latest ganga anthem, Where It’s At? This one is produced by another Harlem World representative Ron Browz. Stream the Compton, California native SiG Muzik just linked up with multi-platinum artist Ron Browz for this new summer banger “Married”. It was produced by Simon Blaze – this is the one you been waiting for! Updating his latest single, “She Ain’t Nothin To F Wit,” it was only right that Ron Browz called upon Wu Tang’s own Raekwon to remix the 36 Chambers album-cut. Flipping the street record into 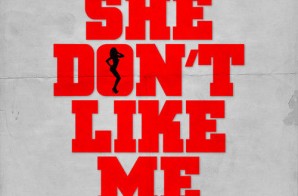 After releasing “Handle It” back in November with Tony Yayo, Ron Browz decides to liberate us with an updated version of his record, “She Don’t Like Me,” grabbing a verse from the Queen of Ron Browz & Tony Yayo collab for their latest Lil Kim ‘Big Momma Thang‘ inspired record ‘Handle It’. The track is taken from Browz forthcoming ‘Still Got It’. Check it below Far Rockaway Queens rapper, R, Fox is back on his grind. After being released from prison on an attempted murder charge, he drops a new single. The record is titled “Money Aint Nothin” and

Interactive Exhibit Featuring Black Achievements in Music and Television Opens at The Paley Center for MediaThe Paley Center for Media announces today its celebration of Black History Month, Paley Center’s Salute... Ace General’s “Queens Wear Crowns Too” Concert is the Talk of the Streets Right NowThis past Sunday the ladies came out and proved why the queen is the most... Rich Radar Launches Queens Rap RadarRichard Robertson “Rich Radar” (CEO) and Dom “Big Boy” (COO) of Queens Rap Radar put together... TikTok celebrates the Black TikTok Community and Black History Month 2023 with the first-ever Visionary Voices ListFrom originating viral dances and sounds, to teaching forgotten Black history and championing Black Joy... The Letz Talk Sportz Yall podcastThe Letz Talk Sportz Yall podcast is founded and hosted by Aka The Apostle out... LOLA BROOKE TO JOIN A BOOGIE WIT DA HOODIE ON TOURIMAGE CREDIT: FELICIA ABBAN Primed for global impact, Brooklyn M.V.P. and 2023’s artist to watch, Lola... Rolling Loud Reveals Lineup for Rolling Loud Portugal 2023, Headlined by Travis Scott, Playboi Carti, and Meek MillRolling Loud‘s mission to bring the best in rap music to fans across the globe...
Interactive Exhibit Featuring Black Achievements in Music and Television Opens at The Paley Center for MediaThe Paley Center for Media announces today its celebration of Black History Month, Paley Center’s Salute... Demione Louis Confirms New Music Is On The WayHaitian-American rapper, Demione Louis has confirmed that he has new, “very personal” music on the... Daffie Doc’s Hot New Single “BB Amor” Has Global Star PowerBB AMOR afro-beat single, by unique singer Daffie Doc & multi-talented Sony producer and entrepreneur... Albee Al Celebrates His 100k YouTube Subscribers With His New Song “DRUMLINE”To celebrate amassing 100k subscribers on YouTube, Albee Al treated his fans to a previously... Meet Perfect Peace, a Los Angeles based musician and Christian artistPerfect Peace is an amazing Christian artist, singer, and musician who has been blessing audiences... Meet Kirb, the Miami-based music mogul making waves in the industryKirb is a multi-talented music industry professional who’s involved in every aspect of the business,... YOUNG S.H.O I DID IT FOR JOHNSTON!!!Shannon D Collins, better known as YOUNG S.H.O or SPL S.H.O with the hit single...
KERSTIN DROPS ANTICIPATED SINGLE “SO DEEP”KERSTIN is a talented R&B-based artist Born KERSTIN Recole Brookins. As her music is gaining... KING DIRT – JCOUNTYTrae Tha Truth artist King Dirt is back with a vengeance with his new single... CHLÖE REVEALS HIGHLY ANTICIPATED ANNOUNCEMENT OF HER DEBUT ALBUM ‘IN PIECES,’Multi-hyphenate artist, Chlöe, has announced her eagerly anticipated debut album, In Pieces, to be released in... Coca Kazi – Sold My SoulCoca Kazi’s new single “Sold My Soul” was going to drop before he died... Jai Money XL & Dubz XL Releases New Single & Video “Stuck In My Ways”The XL Gang is on the rise and quickly becoming one of hip-hop’s hottest new... Prospectt Releases “Bluffin” Music VideoProspectt took a break from the music scene, only to return with a banger called... Emilio Rojas Rides In Style On “Okay Okay” VideoEmilio Rojas encourages the valet to go for a joy ride and enjoy life while...
J YOUNG MDK, THE NEW GENERATION OF HIP HOP RELEASES, “MR. NICE GUY” (NO MORE)J Young MDK, one of the fastest rising artists in the hip hop industry has... CHH artist, 2point0tnt is taking his music and ministry to the next level in 2023What happens when you combine christianity and hip hop together, you create an unstoppable force... TreImage & Clinch Entertainment: The Branding & Licensing Behind Celebrities  TreImage and Clinch Entertainment have teamed up for their first major collaboration. As their first... Artist Spotlight : Toku IyayHi (Toku Iyay)! How are you? I am doing very well and feeling blessed. Where... CYRU$ – The melodic child of New JerseyJerryn Davon Stokes, the 20-year-old artist from New Jersey, has found his passion through his... An Introduction to Vlzmb: Heartfelt Music From TorontoVlzmb has been rapping for a year and it has been a major source of... Meet Emerging Norfolk, VA Artist Anaya PerryFemale emcees are currently taking over the airwaves, and emerging Norfolk, VA artist Anaya Perry...