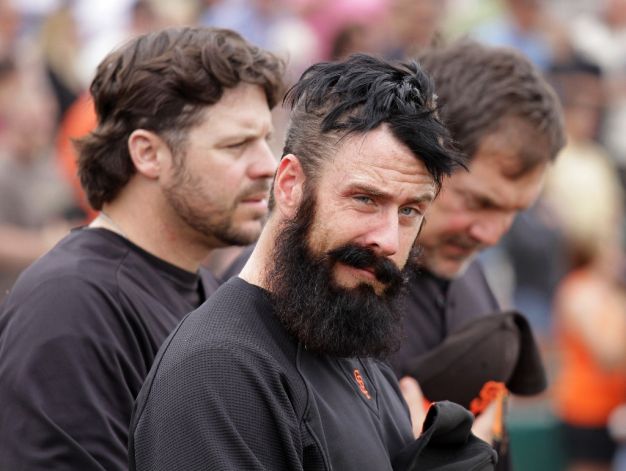 It appears if your in the San Francisco area and you have a job on one of their professional sports teams your starting position is certainly not guaranteed from day to day. After three weeks of debate as 49ers quarterback Alex Smith appears to have lost his job to second year quarterback Colin Kaepernick, MLB’s San Francisco Giants have cut ties with superstar closer Brian Wilson.

Wilson helped lead the Giants to a World Series championship in 2010 but a elbow injury sidelined Wilson during the 2012 season causing Wilson to miss the Giants 2012 World Series run  so the Giants aren’t willing to paid Wilson big money knowing the risk after now what is two Tommy John surgeries.

I’m quite sure Wilson will be a big target as MLB free agency period approaches. Teams like The New York Yankees, Anaheim Angels, New York Mets, Texas Rangers and Washington Nationals could be teams interested in Wilson’s services next season. Wilson is still one of the best closers in the league and is sure to be a fan favorite where ever he lands.