Hatty Maines is leaking more fresh material today after liberating his Penacho-produced track Needa almost two weeks ago. Today, the up and coming spitter brings us a complimentary track entitled, Lotta as Maines reflects on Sometimes, it doesn’t take much to satisfy you and Hatty Maines returns today to explain why he’s just that type of guy. The rapper hits us with some brand new music entitled, Needa over

A transplant representing Detroit/Florida, Young D.A., has been putting in work tearing up stages from the East Coast to the Mid West building his fanbase and gaining attention from established artists along the way. Cultivated in Philly and created in LA, NAC is a unique band that have written music for others and decided to create for themselves. Influenced by groups like The Legendary Roots Crew, Outkast and 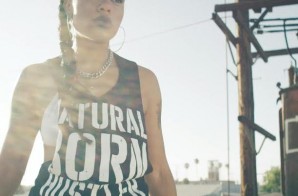 After releasing the audio back in the first half of 2015, songstress Erikka J has finally liberated the visual to her infectious record, Supposed To Love. HHS1987 has the pleasure of bringing the visual 2015 has been a great year for Atlanta rap artist Que and he plans on entering 2016 on that same note. With the success of his latest project ‘I Am Que’ picking up, Que In preparation for the release of his forthcoming Pique EP, Maryland newcomer Nomad The Native debuts the projects first single Konami. The self-produced cut was mixed and mastered at Washington, DC’s premiere studio Georgetown Just a couple months ago, Segga Spiccoli released his EP EUPHORIA, and has become one of my favorite projects from Richmond,Va in 2015. Spiccoli is back now to liberate a fresh visual off the