Can a man simply click “like” on a picture of a voluptuous booty that just so happens to belong to a friend of his, who’s also the ex-girlfriend of another friend of his these 50 Cent Takes Jabs At Empire: “I Hooked Up With Cookie”

After Empire’s season two premiere last night, the back and forth between rapper, 50 Cent, and actress, Taraji Henson, doesn’t seem to be fading away. In one scene, Cookie – played by Taraji – 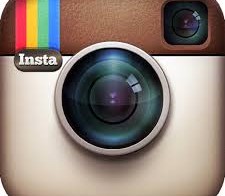 The picture/video app Instagram, has been the most visual way for people to communicate online and has been growing more since Facebook founder Mark Zuckerberg acquired the company back in 2012. Fast-forward three years Beanie Sigel Chimes In On Meek Mill vs. Drake Fiasco Via Instagram

Even though we haven’t heard much talk about the Meek Mill vs. Drake “rap beef” in about a week or 2 in mainstream media, people still have their thoughts & opinions on the Snoop Dogg announced this morning that he will be a part of the Adidas team, along with Pharrell. His role? Director of Football Recruiting for the brand. But what does Snoop know about football,